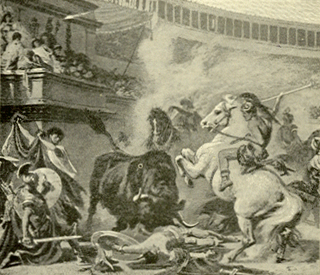 “If a generation is going to arrive in the jury box that is totally unused to sitting and listening but is using technology to gain the information it needs to form a judgment, that changes the whole orality tradition with which we are familiar.”

So begins an article in the Texas Bar Journal entitled “The Millennial Juror.” (PDF) It continues with a broad overview of Gen Y and how they function (or don’t) as jurors. Dr. Mary Noffsinger, a litigation psychologist with Courtroom Sciences, Inc.:

Speaking in “sound bites” and utilizing technology is more important than ever with Gen Y jurors, given their tendency to process information visually and rapidly and the likelihood that elaborate explanations and protracted arguments will make them bored and impatient. Adopting an interactive style helps to empower these digital natives as listeners and learners.

The article goes on to survey a number of Gen Y law students (a tainted survey pool, but there it is) and concludes that:

In short, the majority of these Gen Y representatives clearly favored the use of technology in the courtroom and indicated that they would be in a much better position to absorb information that was presented visually as well as verbally. 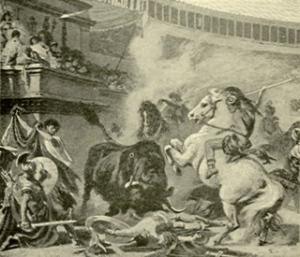 Yes, theoretically, a courtroom is a place of oral tradition. Arguments are made, evidence is presented, etc. But to suggest that a courtroom is a hallowed hall of pure discourse is a fabrication. Visuals have always mattered. The way you dress, how you hold yourself. Glasses or no (the “Nerd Defense“)? A courtroom is theater. There are costumes and props and actors.

The big problem is that no one goes to the theater anymore. It’s dead. Dying. Limping along. Entertainment is video. Pictures and movies. Facebook, Twitter, and Angry Birds. Not some static display to be consumed. Entertainment is now a multi-faceted, multi-media onslaught of digital interactivity in which the the line between consumer and producer has become blurred.

Droning on about the facts in front of a jury composed of mostly Millennials isn’t going to cut it. In an ideal world it would. Jurors would still still and be attentive, carefully weighing the arguments and evidence as it is presented. When you find such a place, call and let me know.

In the meantime, Millenials will be sitting in the jury box, twitching, unable to check the smart phones lest the judge catch and reprimand them. They probably resent being there. They’re looking for something to engage them and hold their interest. Something to make them forget where they are and capture their attention.

You have to provide them their panem et circenses whether you like it or not.