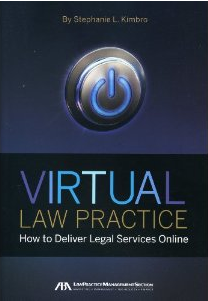 A couple weeks ago, the Alabama Supreme Court adopted changes to the Rules of Civil Procedure and the Rules of Professional Conduct permitting “limited scope representation” (LSR) or “unbundled” legal services.

There have also been a number of modifications to the Alabama Rules of Civil Procedure new rules, but I wanted to break out Rule 11(b) in particular:

An attorney may draft or help to draft a pleading, motion, or other paper filed by an otherwise self-represented person. The attorney need not sign that pleading, motion, or other paper but shall include a notation at the end stating: “This document was prepared with the assistance of a licensed Alabama lawyer pursuant to Rules 1.2(c), Alabama Rules of Professional Conduct.” In providing such drafting assistance, the attorney may rely on the otherwise self-represented person’s representation of the facts, unless the attorney has reason to believe that such representation is false or materially insufficient.

Along with the this previous opinion regarding cloud computing and document retention, it would seem that Alabama has now joined the many other states in which an attorney could operate an unbundled virtual law practice (though I’m checking with the State Bar just to be sure).

I’ve been curious about the operations of virtual law practices for some time, so I thought this was as good an excuse as any to look into how they operate.

Serendipitously, the ABA Law Practice Management Section just published “Virtual Law Practice: How to Deliver Legal Services Online” by Stephanie Kimbro. I’m familiar with Kimbro by Greenfield’s praise for her integrity and ethics in her approach to a virtual practice – so I purchased the book.

Right from the start, this book focuses heavily on “the basics.” Not just of virtual practice, but computers, the internet, websites, etc. If you have any familiarity with computers, much of the book isn’t going to do much for you. (IE – you already have a “blawg” or are under 30) But that’s par for the course with this type of book, especially one published by the ABA. The book is laid out in such a way that even someone unfamiliar with computers and the internet can come away with learning about a virtual practice.

Much of the beginning of the book is spent on explaining how to develop a website, blog, social media presence, marketing, etc. If you were completely unfamiliar with websites, it would provide a good introduction – but no more so than spending time online learning about it for free. The only difference would be that Kimbro specifically relates the information to lawyers.

Kimbro also details the types of technology required to maintaining client security (VPN, SSL certificates, encryption) while providing client services. Again, this is presented in a rather broad fashion.

The other heavy emphasis of the book is on ethics. Again and again throughout the book, Kimbro makes ethics an integral part of running a virtual practice. Kimbro spends dozens of pages on avoiding unauthorized practice of law issues, malpractice, maintaining client security, etc. In fact, I’d say the overriding theme of the book is a focus on maintaining a high level of ethical conduct while providing virtual legal services.

Another highlight is the sample Terms & Conditions for a virtual law practice included in the book’s appendix. But you could also find this on Kimbro’s own website without having to purchase the book.

But the book is lacking on the technical details of actually creating a client portal for handling client intake/communications – likely because it is far outside the scope of this type of book. Also because it is probably unrealistic to expect a solo/small firm to hire a developer to create a custom online portal for their clients. A firm would be better off using a service such as Totalatttorneys*,  Clio, etc. and just have the service integrated into the firm’s already existing website.

If a lawyer was completely unfamiliar with computers, internet technology, websites, etc (unlikely since you’re reading this), then I would recommend this book to them as a solid introduction to, not just virtual practices, but the crossroads of technology and law as well.

But if you’re technically savvy, it becomes cloudy. Much of the book probably won’t do anything for you. Instead, the highlights of the book will be the ethical considerations Kimbro lays out. But if you’re looking for details on how to actually implement a client portal – this book doesn’t provide that. You’re probably best served with conducting trials of practice management software on your own and choosing the one that suits you best.

Overall, a solid introduction to virtual practice, but it will leave the tech savvy lawyer wanting more.

Click Here To Buy It Now
*Note: To Kimbro’s credit – she never endorses TotalAttorneys, despite that she is a technical advisor to them and sold her software management system to them. When they are mentioned, she notes her relationship with them as a matter of full disclosure.