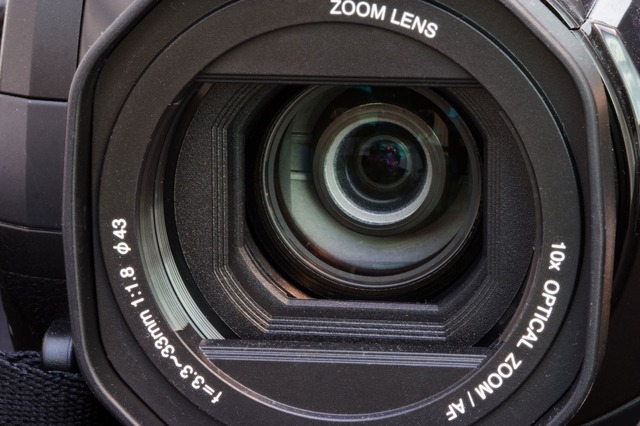 As bandwidth has increased, so has internet users consumption of video. So over the past month, I’ve been cranking out videos about legal issues as a bit of an experiment. It took awhile for me to work it out and they’re still a bit rough – but they are steadily getting better (I hope).

The big problem was working out what type of videos I wanted to do. I initially looked around at videos produced by other lawyers – only to discover they are almost universally horrible. Lots of single shot videos of a lawyer in a generic looking office droning on about a legal issue in the most monotone way possible. Either that or over-the-top bombastic claims about fighting for your rights, etc. So that was right out.

Instead, I decided to explore putting together more “newsreel” style clips with a voiceover. The only problem – where to find high quality video clips that were in either the public domain or royalty free. I thought I would be able to find video like this fairly easily, but there doesn’t seem to be a central resource for such video online, so it actually took a good bit longer than I had initially planned.

To help other people navigate this problem, I put together this brief guide that includes: selecting a camcorder to shoot your own video, a collection of the best video clip sites on the web, and a brief overview of editing and producing.

Shooting Your Own Video – Panasonic HC-V770 vs Canon VIXIA R600

Of course, the best and easiest way to obtain royalty free video is to shoot your own. Anything you record on your own is your to use as you see fit – as long as you have the rights to shoot the video. Keep in mind that many locations and places might have restrictions on commercial use of their setting and you might need to obtain a release from them in order to film there. The same goes for a single individual. Regardless, getting a quality video camera and shooting your own video is often the best (and sometimes only) way to get the types of video clips you need. So let’s look at some options.

At this point, due to the popularity and increase in camera sensor technology, cell phones have put a dent in the dedicated video camera field at the consumer level. For many people, shooting a quick video of their kids works fine on a smartphone. But if you are looking to put together more professional videos, you’ll need a dedicated video camera.

Right now, the general consensus on the best dedicated video camera that is a balance between quality, features, and cost is the Panasonic HC-V770K. The Wirecutter described it as: “In all of the tests, it was the Panasonic that did the best across the board. It produced the sharpest footage in bright light—capturing small details such as grass and tree bark that add realism to a video; it had the best stabilization; and it generated the least noise in low light. It also did the best job capturing motion, producing smooth, clean video that still contained a good level of detail.”

If $600 is still a bit too pricey for you, the next best option is the Canon VIXIA HF R600. It’s only $250 on Amazon as of updating this post. It’s a bit stripped down in terms of features compared to the Panasonic, but it still offers solid video at an affordable price. The Wirecutter described it as: “… not quite on the same level as the Panasonic in any of sharpness, color, image stabilization, or low-light performance, but it’s simple to use, with a touchscreen interface that doesn’t overwhelm the user, as well as an impressive 32x optical zoom.”

Either are good choices for when you want to begin shooting your own video.

But if you need some video that you can’t shoot yourself, you’ll need to look for “stock footage” sites that allow you to use their video clips royalty free. Here’s a listing of the best sites I’ve found.

As for actually producing the videos – I have a Mac, so naturally I’m using Final Cut Pro for editing. For text video production, I’m using Motion. I taught myself to use both of them over the course of a couple weekends – it’s not really that difficult if you sit down and commit to it. 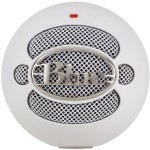 I was initially using a crappy microphone, but the audio sounded so bad I decided to research microphones. I ended up settling on the Blue Snowball Microphone. It picks up great audio and is easy and straight forward to use. I’m using it for straight audio recording, but it also has an omni-directional mode so it would work well in a round-table/interview setting as well. Although, I have to say it was larger and more intimidating than I had expected! . I’ve switched from Garageband to Audacity for audio production. It’s likely the best and most robust option you can use for audio editing, regardless of platform, especially given the cost – free.

All in all, it’s been a fun experiment. One thing I did not expect was the time commitment involved in producing videos in this style. I’d say there’s probably a 30ish minute to 1 minute ratio of production time to final video. So expect a 5 minute video to take you around 3 hours to produce once you’ve gotten the hang of it.

I initially committed to producing one video a week for a month to force myself to learn how to do it. Now that I’ve done it – I’m only going to produce a video when I have a really solid concept for one – it just takes too much time. Far easier to crank out a few hundred words for a blog post!