Inside Baseball and Orwell’s 6 Rules for Clear Writing 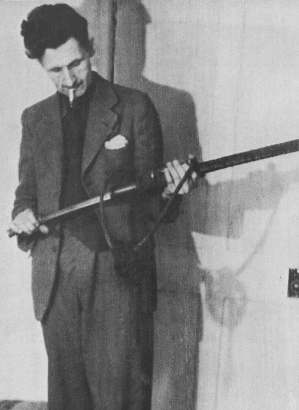 “Inside baseball” refers to using jargon, specialized knowledge, acronyms, first names instead of full names, or other such things when speaking and writing. Using shorthand of this sort is simply more efficient when among friends, colleagues, or other “insiders.” But there’s a larger reason for inside references: They subtly increase the bond between the people in the know. If I tell you that Jake is sick today, and you know who Jake is without me needing to use a last name, that reinforces a defined ingroup based on our common experiences, knowledge, vernacular.

When you’re with outsiders, you don’t use inside references. I’d say Jake Smith, not Jake. I’d say “customer relationship management,” not CRM.

Could this be anymore true of lawyers? Lawyers are practically defined by the use of obtuse language. Dead languages, obscure references, and arcane phrasings are part and parcel of a lawyer’s trade to most lay people.  There is a push back against this in modern legal writing of course. See any post in my writing category. But of course, you can go too far in the quest for simplicity.

Scott Greenfield has a post today relating to the proper use of language, in the context of the use of  “Orwellian”: 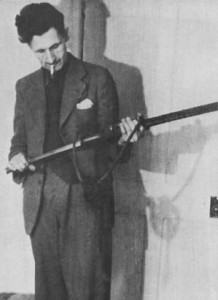 The point Orwell made was that language needs to satisfy the ability to think and convey specific and nuanced meaning. This doesn’t mean that it’s somehow more intellectual to use more complicated, prolix or faux sophisticated language when a simple, plain or direct word does the job. The point of communication is to communicate, not show how many fancy words are in your repertoire.

Of course, when a particular word, even one rarely used and whose definition was forgotten immediately after taking the SATs, is the one that expresses precisely what you mean to say, then that’s the word to use. The idea is that we need to keep all the words in our arsenal available, as we can’t afford to lose the ability to express any idea, but, like force, use them only when needed and justified.

If we can think and convey ideas with precision through simple words, then that’s the way to go. It’s the precision of our language, not the number of syllables, that matters. And if you can’t explain in meaningful concrete terms what some string of words means, then chances are they mean nothing and you’re being treated like Winston Smith. That’s Orwellian.

Lawyers very often need to express complex ideas and concepts in motions, briefs, letters, etc. And often times the best way to communicate legal concepts is through the use of “Inside baseball” language. Given the correct audience (other lawyers/judges) using a phrase such as res judicata is likely the best way to communicate a complex concept quickly and clearly because the writer and the audience are members of the same in-group.

Using such language to a client not familiar with the law only makes the lawyer seem intimidating or unfriendly. Instead of fostering communication with your client, it’s actually obfuscating the matter.  Know your audience. Use language effectively to communicate your ideas to your specific audience with your goal (education, persuasion, etc) in mind.

As we are on Orwell, I think it’s probably worth re-posting his 6 rules for clear writing from his 1946 essay, Politics and the English Language: