The Anticipation of Being Re-Tweeted 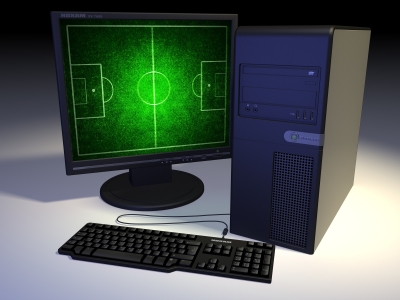 I previously wrote about the gamification of social media services in a piece entitled: You’re Being Played By Twitter. The article touched on the use of engagement statistics and feedback loops in order to draw users deeper into the services provided. Essentially, Twitter, Facebook, Google+, etc  all manipulate the egos of users in order to drive them into further interaction with the system (for a deeper explanation of ‘gamification,’ see the previous article). While the article addressed how these systems were put in place, it didn’t explain why they worked at a fundamental level.

Game systems are just now being woven into the everyday lives of most people through social media and other gamified systems (loyalty reward cards, etc.). But gamers have been exposed to these systems for decades and provide examples as to why these systems are so compelling. In a recent article entitled The Psychology of Looting, Dr. James Madigan provides an insight as to why gamers seek out virtual “loot” or rewards in games.

It’s undeniable that gamers get a huge high out of finding new stuff, be it a gun with higher accuracy, armor with fire resistance, or a night-vision scope for our catapult. This can mean engaging in activities that appear absurd to outsiders, like meticulously searching the recently murdered corpses of countless foes and opening every single chest, box, barrel, crate, footlocker, cabinet, desk, and vending machine we come across in the hopes that this time we’ll find something really awesome.

Numerous games are built around finding or scavenging for items, colloquially referred to as “looting” by gamers. The most popular online game currently is World of Warcraft (“WoW”). Tens of millions of users log in every day in order to find better equipment or gear for their avatars (in-game characters).

Beyond hardcore gaming such as WoW, there are now millions of people playing casual social games such as Farmville on Facebook and other sites. People are spending more and more time immersed in services with game systems at their core – all the while seeking more and more “loot.” And not by any small measure. The projected global revenue for virtual goods in 2010 was $7,300,000,000.

All this for items you cannot touch. You cannot taste or smell. But you can see them. And more importantly, so can other people.

Just as gamers desire to find more “loot,” users of social media services become conditioned to seek more “likes,” and “re-tweets,” and “plus ones.” People become enthralled by the engagement statistics they receive by interacting with the system. But why? What is it that drives people to seek validation through these systems? And is it really about getting the “loot?” 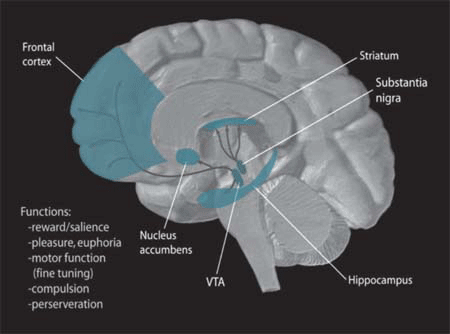 German born neuroscientist Wolfram Schultz was conducting research at the University of Fribourg in Switzerland on the relationship between the chemical dopamine and Parkinson’s disease when he almost accidentally started a line of research that can be used to explain gamers’ love of loot. Dopamine is a collection of just twenty two atoms that plays a huge role in regulating human decision making, particularly goal oriented behavior and the pursuit of pleasure. When we encounter something we like –say a patch of berries or a goretusk liver– our brain releases dopamine. Brain cells that are sensitive to that chemical go bananas when it’s present, which makes us feel good –maybe even euphoric.

Dopamine neurons in the brain also help us predict good things in life. Schultz and his colleagues discovered that presenting a lab monkey with a bit of fruit caused the creature’s dopamine neurons to light up. They also discovered that when they repeatedly preceded the treat with a light or a sound, the neurons would start to fire when the monkey saw the light or heard the sound, but then remain relatively inactive when the fruit showed up. The system they had discovered was, at its core, about anticipation and trying to predict rewards based on what was happening in the environment.

‘The brain is programmed, at a very fundamental level, to seek out surprising and unexpected rewards,’ says author Jonah Lehrer, who writes about neuropsychology in his book How We Decide and in publications such as The New Yorker and Wired. ‘One can see this phenomenon in action by looking at the response of dopamine neurons, which get much more ‘excited’ when exposed to an unexpected reward than when exposed to a reward they can predict in advance.’ Surprising pleasures, it turns out, are the most joyous of all because they highlight failures in our predictive predilections. It’s like the dopamine neurons were sitting up and yelling, ‘Hey! There’s something really good here! Let’s obsess over that until I can figure out why I didn’t see it coming!’

So after being  conditioned by the feedback loops of social media services, when your finger hovers over your mouse, cursor floating above the “post” or “tweet” button, your brain is firing chemicals off left and right. Your lizard brain in deep anticipation mode. Will this be ignored? Will someone comment? Will I get new followers?

Always in Search Of Something

The unpredictability of the feedback provided by these systems are what makes them so compelling. We know something is going to happen – but we don’t know what. So why is it people enjoy Twitter so much? Or Facebook? Or Google Plus? It’s that they provide us means of having new and unexpected experiences within our social networks – without ever having to leave our desks. The engagement statistics light up our brains when we see a flood of likes or re-tweets.

It also explains why new social services pop up every month. Some sub-set of users burns out on the feedback provided. They’ve gamed the system, they know the reponse they will receive.  So they leave MySpace for Facebook. Facebook for Twitter. Twitter for Google Plus.

They move on to the next great thing, always looking for something new to trigger that dopamine release – searching for validation over fiber optics and LCD screens.