Is Law School Worth It?

This is a bit of an aside, if you are a law student, or fresh lawyer, there are two post you need to read over at law:dev/null. If you’re not interested in reading about why or why not to go to law school, feel free to skip this post.

Greg ran through a bit of a thought exercise and pounded out some statistical analysis of the financial cost of attending law school. From the first entry:

Data-driven analyses like this are, in a word, pointless. There are simply too many variables involved to produce anything useful for more than a couple people in a very narrowly-defined set of circumstances.

Anyone that tells you otherwise is lying to you. Period.

But with that disclaimer out of the way, having the data to look at it can still provide some insights — particularly if you happen to fall in that narrowly-defined set of circumstances.

For this entry, I’m using myself: a mediocre student at an unranked Tier 4 law school interested in becoming a prosecutor in the same state.

There’s nothing preventing an aspiring law student from performing a little due diligence by trying to get a job in the legal arena and/or talking extensively with current practitioners. Is it going to be aperfectly accurate representation of actually living the life of a BigLaw associate? Not at all. But it should provide at least enough of an idea that it would remove “Am I going to be content / not hate my life?” as a concern before going in.

And once they’re in, if for some reason they haven’t done their research beforehand, at the very least they should learn whether or not they hate it through summer associateships or clinic work or something similar — hopefully in time to bail out before tacking on another 2 years of student loan debt.

If they haven’t done any due diligence at all before or in law school, or they have but pride stops them from getting out even though it’s not for them, they can’t then turn around and claim unfair surprise when they enter the job market and hate what they do for a living. As Professor Ks said last year, “Laziness is not a defense.”

I’ve responded twice in the comments, to Greg, B1Ly, and Va. This will probably be a bit out of context, but here is my a bit from comments on attending law school (I’ve generally said as much before). You can read the rest at law:dev/null: 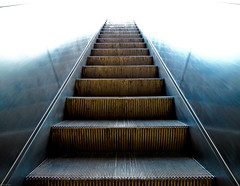 The people who go to law school and come out and are then surprised by the work involved, that it requires a sacrifice of their personal time, and that work/life balance is a load of crap perpetuated by marketers who like to peddle crap to law students and young lawyers – these people must have had their head firmly up their ass before going to law school, and then kept it there the entire time.

At what point did they not notice the growing trend of outsourcing, the upheaval in the traditional law firm structure, the modification of billing systems, and especially the general economic malaise? Did they somehow think that because they were in law school they would be immune to all of it? Do they ever read anything other than law books? Maybe pick up a copy of the Economist or visit http://www.ritholtz.com/blog/ sometime, y’know? At least try and pay some attention to the world outside of law school.

I guess I just have very little sympathy because I had very realistic expectations when I started law school. I looked at it merely as an opportunity to begin work in a given field. Anything after that is on me. If I managed to get a job after the process (I have), then that’s just icing on the cake.

I like your phrase “caution-blogger.” That’s a good thing. I’m definitely not saying we should all be kumbaya-ing our way through law school. Far from it. I prefer to think of myself as an optimistic realist. Through hard work and sacrifice, a law student can make his way through law school and come out the other end with a job as a lawyer. It might not be their “ideal” job, the best-paying job, or the most prestigious job. But it is a job, and they will be practicing law. If they went to law school not for the wrong reason, but their own, personal “right” reason – then that should be a good enough start.