Welcome to this week’s Blawg Review.

For the unaware, this past week was National Freedom of Speech Week.

“In the future days which we seek to make secure, we look forward to a world founded upon four essential human freedoms. The first is freedom of speech and expression — everywhere in the world….” – President Franklin Delano Roosevelt

The internet has done a great deal to foster, not so much the freedom to speak, but the ability for many voices, small and large to be heard. Explicitly it has granted the small, the marginalized, the non-corporate the ability to broadcast their speech to the world. While the small might have had the freedom to speak before, without anyone to listen, did their speech matter? When the only avenues to speak to the public are through large broadcast media such as TV, newspapers, and magazines it doesn’t matter that you are free to speak because they control the gates and decide what comes through and what does not. The internet changed that – to some extent.

That’s why things like Net Neutrality that might seem obscure and technical to the average person are important and vital to the free and equal exchange of speech online. And whether you’re aware of it or not, there are organizations such as the Electronic Frontier Foundation and the ACLU are out there fighting for your rights online.

Of course, just because you are free to speak doesn’t necessarily make your words worthwhile. Once your words escape into the marketplace of ideas, they are going to be adorned, idolized, trashed, discarded, remixed, misused, and recycled. In the blawgosphere the past week the following video seemed to attract a good bit of all of the above:

The Conglomerate asks if law schools have been irresponsible.

The video elicited both ire and praise at the  r/Law community over at Reddit.

Now get back to work stocking shelves, you peasant.

SHG at Simple Justice, responding in kind, linked an Onion video (Note, video is Not Safe For Work for language).

ATL asks How Many Jaded Attorneys Does It Take to Discourage One Law Student?

Although I personally preferred this response over all the rest. Dear Legal Community, Enough With the Cynicism:

…while I’m up on my soap box I have a message for the legal publications running scores of articles deterring students from applying to law school and why such efforts are misguided. Newsflash! Odds are that if someone below the age of 25 is reading a legal publication, survey says they’re probably already in law school! A little too late for us to bail out now after we’ve already sunk hundreds of thousands of dollars into debt to go to law school in the first place. Even if we tried to get our money back it’s doubtful we would as oneBoston College Law student is about to find out.

I get it, bottom line I get it. BUT did it ever dawn on any of you that maybe, just maybe many of us that did decide to take the plunge into law school didn’t do it for the money, fame or fortune, but we did it because we want to help others and make a difference? I see classmates around me everyday involved in legal aid, public defenders, and pro bono clinics that are doing the work because they enjoy it – not because they want the world to look at them and tell them what a great job they’re doing. I firmly believe that the Millennial Generation more than any other generation before us feels as a whole that we were put on earth to make a fundamental difference, and make the world a better place. We don’t need the people that screwed it up for us in the first place telling us how wrong or misguided are efforts are.

Which sums up what I think needs to be said in regards to the above video.

There was actually a good bit written about free speech this past week online:

At LawProfessors, there is bit on Protecting Attorney Speech Under the First Amendment.

Can you support free speech even when you hate it?

Ellie at ATL went about defending the rights of bullies in the wake of news about “cyber” bullying, not the most popular activity to defend.

There is a brief mention, although a rousing discussion, about the 1st amendment in the classroom at the Volokh Conspiracy.

Here is  long post about how to think about free speech at the CK Legal Faculty blog.

Should prisoners be allowed to exercise their right to vote?

But people also need to be careful with your speech because you never know when what you write on your blawg is going to end up in a brief before SCOTUS.

And (some) blawgs seem to have come of age. A lengthy piece highlighting some of the most popular blawgs at Legalweek.

Of course, Free Speech also got a good bit of coverage in the mainstream media this past week.

NPR  fired Juan Williams for comments he made about being “nervous” at seeing Muslims on airplanes while appearing on a Fox news program, which set off a firestorm of commentary on the talking bobblehead shows. In blawg related coverage:

Ann Althouse has the clip in question, and a rousing discussion in her comments.

Some people thought it stifled William’s right to free speech.

Others called for the ending of funding to NPR.

However Ken at Popehat points out that maybe people don’t actually understand the 1st amendment.

And a Muslim Law Student points out that there is “no Muslim look.”

Lastly, what you say online is only going to come under increasing scrutiny and surveillance.

Governments around the world are only going to continue to attempt to analyze, track, and record online activities. 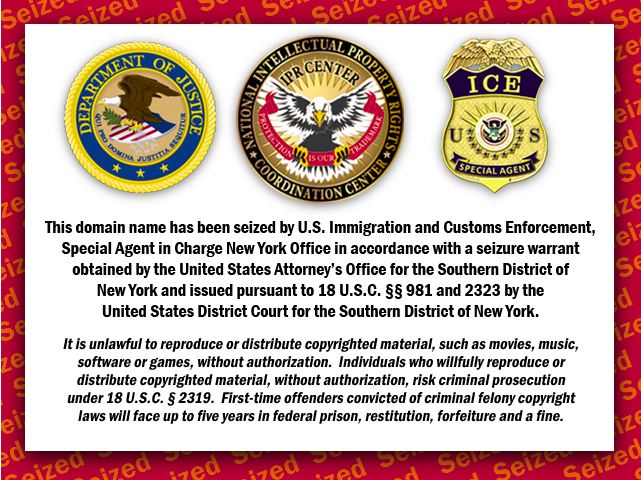 CNET Politics & Law has a good overview of the 1st Amendment issues at stake in regards to government seizure of domains.

Via /. there are at least five US government efforts underway to regulate data and online privacy, according to a US government internet policy official.

Maybe in response to the variety of law suits that seem to be arising in relation to anonymous comments on blogs?

And in the UK there is talk of a creation of a “super database” that will store every email and website access by a people within the UK borders.

Finally, a Cardozo law prof warns of the upcoming militarization of the internet.

The ACLU has released a 25 page report on Net Neutrality (PDF download) and why it is central to the freedom of speech. If you have the time, and are concerned about the issue (as you should be), please give it a read. To wrap things up, I’ll excerpt one of the more pertinent bits below:

Network neutrality is a consumer issue, but it is also one of the foremost free speech issues of our time. Freedom of expression isn’t worth much if the forums where people actually make use of it are not themselves free. And the Internet is without doubt the primary place where Americans exercise their right to free expression. It’s a newspaper, an entertainment medium, a reference work, a therapist’s office, a soapbox, a debating stand. It is the closest thing ever invented to a true “free market” of ideas.

The First Amendment, of course, protects speech only from the government. But access to the Internet is provided by private corporations enabled by government, and protecting the same interests and values that the First Amendment protects, requires in this case that the government create strong policies against incursion by companies that are, at root, profit-seeking rather than civic-minded. That is why the ACLU has long supported network neutrality.

The openness of American society in general, and free speech in particular, have played a crucial role in supporting the artistic, intellectual, and social vitality of our nation, and therefore its economic vitality as well. The requirements of free speech and the requirements of profit-oriented corporations are too different. Free speech requires the protection of minority and unpopular—sometimes radically unpopular—viewpoints and expressions.

Next week’s host is Paul Kennedy at The Defense Rests.

Blawg Review has information about next week’s host, and instructions how to get your blawg posts reviewed in upcoming issues.