66 Days to Change Your Behavior

That’s according to some new research from Lally, P., van Jaarsveld, C., Potts, H., and Wardle, J. in the  European Journal of Social Psychology 10.1002/ejsp.674. From a review at the BPS Digest Blog: 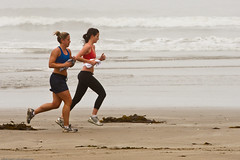 (the) team recruited 96 undergrads (mean age 27) and asked them to adopt a new health-related behaviour, to be repeated once a day for the next 84 days. The new behaviour had to be linked to a daily cue. Examples chosen by the participants included going for a 15 minute run before dinner; eating a piece of fruit with lunch; and doing 50 sit-ups after morning coffee. The participants also logged onto a website each day, to report whether they’d performed the behaviour on the previous day, and to fill out a self-report measure of the behaviour’s automaticity. Example items included ‘I do it automatically’, ‘I do it without thinking’ and ‘I’d find it hard not to do’.

Of the 82 participants who saw the study through to the end, the most common pattern of habit formation was for early repetitions of the chosen behaviour to produce the largest increases in its automaticity. Over time, further increases in automaticity dwindled until a plateau was reached beyond which extra repetitions made no difference to the automaticity achieved.

The average time to reach maximum automaticity was 66 days, although this varied greatly between participants from 18 days to a predicted 254 days (assuming the still rising rate of change in automaticity at the study end were to be continued beyond the study’s 84 days). This is much longer than most previous estimates of the time taken to acquire a new habit – for example a 1988 book claimed a behaviour is habitual once it’s been performed at least twice a month, at least ten times. In fact, even after 84 days, about half of the current study participants had failed to achieve a high enough automaticity score for their new behaviour to be considered a habit.

It can be very difficult to develop new habits or to break old ones. Whether it be diet, exercise, some adverse personal behavior (smoking, biting one’s nails), or adapting a new schedule or workflow procedure – they all take a concerted amount of discipline and commitment to actually achieve the desired outcome. When reading about developing habits in the past, I’ve usually seen one month bandied about as the time required to develop a new habit or break an old one. However it would appear that two months is the amount of time one needs to commit to develop a new habit. Something to keep in mind when trying improve or develop new procedures at work or home.