You Don’t Own Anything: Vernor v. Autodesk 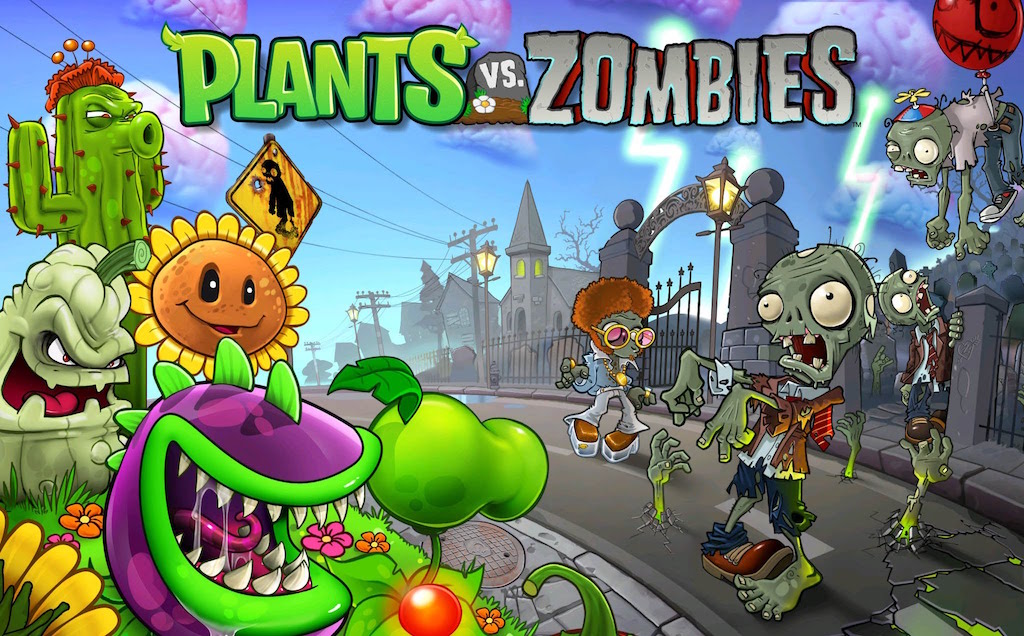 Corynne McSherry over at the EFF’s Deeplinks Blog posted a breakdown of a recent decision from the Ninth Circuit in the matter of Vernor v. Autodesk, D.C. No. 2:07-cv-01189-RAJ (PDF download of opinon).

In a triumph of legal formalism over reality, the Court held that the copyright’s first sale doctrine – the law that allows you to resell books and that protects libraries and archives from claims of copyright infringement – doesn’t apply to software (and possibly DVDs, CDs and other “licensed” content) as long as the vendor saddles the transfer with enough restrictions to transform what the buyer may think is sale into a mere license…

Here’s the back story: Timothy Vernor bought four packages of Autodesk’s AutoCAD software at a garage sale and tried to sell them on eBay. Autodesk threatened Mr. Vernor with a copyright lawsuit, claiming that its software is only “licensed,” never sold and pointing to the fine print on the agreement it had with the original purchaser. With the assistance of the public interest litigators at Public Citizen, Vernor filed suit in Seattle against Autodesk, asking the court to clarify his right to resell the AutoCAD software packages that he paid good money for. He prevailed before the district court in 2009, prompting Autodesk to appeal.

Autodesk insisted that its software was “licensed,” rather than sold, and thus the original purchaser never “owned” it and neither could Mr. Vernor. And since Vernor didn’t own the software, Autodesk argued, his attempted sale of the software violated copyright law

Unfortunately, the court agreed with Autodesk, holding that:

Many people are still not aware that they don’t “own” software. Almost any piece of software that is purchased today is not actually a purchase of the program itself, but rather a license to use the program. Generally speaking, most purchased software comes with a proprietary license.

That means no re-sale, no sharing, no alteration – unless the software publisher wants to alter it. The developer owns it, not you. You only get a very limited set of rights with the license. That used to be not that big of a deal. If a user didn’t want to patch (alter) a piece of software, it was their prerogative to download the patch or not. However, that is beginning to change as most computers or electronic devices have always-on connections to the internet. Moreover, systems are developing that require programs or devices to be connected to the internet to even function, with much of the back-end processing and data storage of the devices occurring in the “cloud.”

All of which got me thinking about Zombies and Han Solo. 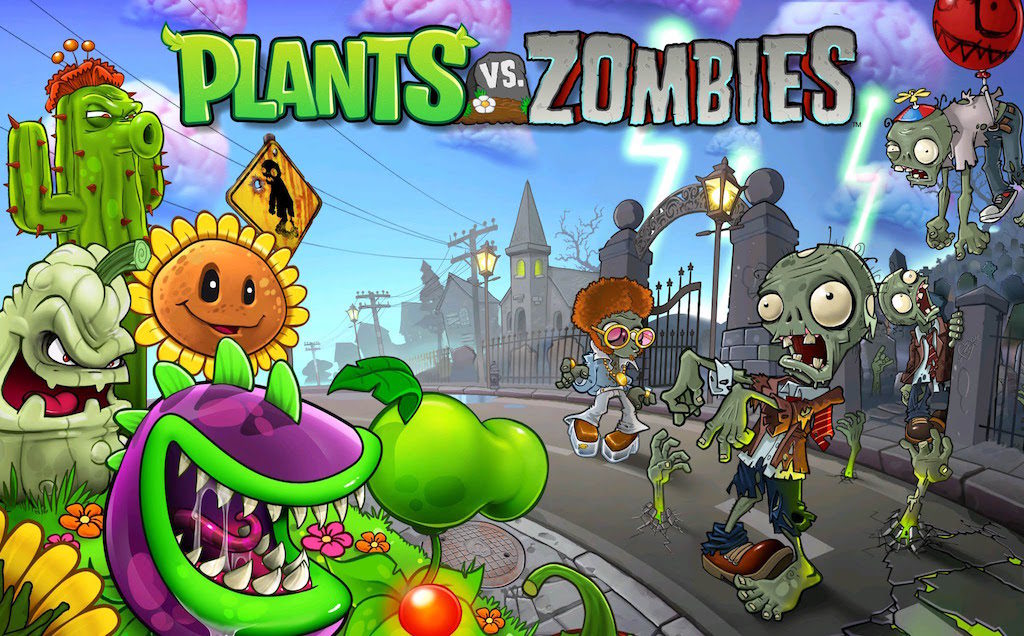 There is a gaming software publisher, Popcap Games, that focuses on “causal” and web-based content. In the summer of 2009 Popcap released a game by the name of Plants vs. Zombies, a tower defense game with a hefty dash of style. In particular there was one very flashy zombie that stood out in particular.

If you missed the 1980s, “Dancing Zombie” is a reference to Michael Jackson as he was dressed in his zombie-themed music video, Thriller. Popcap released the game and nothing was thought of it, as it was in good nature, was not exploitative of Jackson in anyway, and was clearly within the realm of parody. However, shortly after Jackson died, the lawyers of his estate must have thought it to be in poor taste: Michael Jackson Estate Forces ‘Plants vs. Zombies’ Update:

Popcap probably looked at it and thought, “do we really want to get into a protracted legal fight over this?” and said, “we give.” But, as previously mentioned, software has become cloud-based, or cloud-connected. As with most anything technologically related, gamers are at the forefront of this transition. In particular is a service called Steam. Steam is the premier platform for purchasing games online with something like 70-80% of the market share. Think Apple and iTunes for an equivalent. Steam has over 25 million users and is the store/platform of choice for most PC gamers. Most gamers bought Plants v. Zombies on the Steam service.

Popcap’s prerogative. But what if a user didn’t want the update? What if they wanted to keep the original Thriller-inspired zombie? Not an option. As soon as Steam was launched (required to play any game generally) it began patching out the old dancing zombie with the new one. The end-user was not given the option to keep what they purchased in its original condition – Popcap decided for them. All because the end-users did not technically/legally own the software – they merely licensed it.

Software is not the only licensed content people purchase either. Despite that many people feel they “own” any music, tv shows, or movies they buy, they are actually only purchasing a license to view the material in their own home (hence those nice FBI warnings at the beginning of movies). As “cloud” computing becomes more prevalent, physical mediums such as cds and dvds are disappearing as most content transitions to a purely digital state, just like software. For example, I would imagine very few people under 30 bother to “own” any of their music in a physical sense, it resides only on their laptop or iPod. The same is increasingly true of tv shows and movies. Why bother with buying a dvd when you can stream it off Netflix or Amazon?

Han Solo is Why

In the original, 1977  edition of Star Wars: A New Hope, there is a scene which contains a confrontation between Han Solo and a bounty hunter by the name of Greedo. Yet upon the film’s re-release in 1997, George Lucas made a number of alterations in the film, including this scene:

Greedo shoots first, and Han second. If one is unfamiliar with the Star Wars movies, then you probably won’t get what happened after the release of the new edition. Namely, a movement known only as Han Shot First. There were petitions, protests, and outcry throughout nerdom. “The primary objection to the revision was that it altered Han’s initially morally ambiguous character, making his later transition from anti-hero to hero less meaningful.”

But what if, like Plants vs. Zombies on Steam, there were no physical copies? What if everyone who “owned” a copy of A New Hope did so digitally? And George Lucas decided “Hey, I want to patch the film!”  End-Users would have had no option to keep the original 1977 edition of the film, but would instead be forced to accept the 1997 edition.

Another example is the 2002 Spider-Man film. The below scene was shown only in previews, and cut before the film was released (due to 9/11):

If the film had already been released, again digital/license only, would end-users have been allowed to keep the film as is or would Sony get to decide that the scene is too insensitive and yank the scene from the movie – without the end-users permission.

Or what about in 2009 when, in the height of ironies, Amazon remotely deleted digital copies of George Orwell’s 1984 that had been purchased by Kindle owners?

Amazon ultimately settled (PDF, Settlement Order from Gawronski v. Amazon, 09-CV-01084-JCC) due to the backlash from their end-users. But users still do not “own” any books they purchase and purchases are still subject to deletion:

The End of Static Content – You Don’t Own Anything

All of the above highlights the emerging issues of ownership, privacy, and censorship in regards to property in the digital age. It’s a new and exciting area of intellectual property that is worth being aware of, not only for lawyers, but consumers in general. Corporations, studios, producers of content, and the like are going to be releasing products in digital versions in much larger quantities in the future – it’s what both consumers and producers want. Consumers want it for convenience, but producers increasingly want it for control.

It’s foreseeable that within the next 10-15 years that any sort of physical medium for licensable intellectual property will cease to exist in major markets (physical media will last for many years in emerging markets. Lack of electricity, internet, access, etc. The Long Tail at work).

While zombie games might not seem like the sort of a thing to make much of a fuss about, remote alteration of content that consumers have already purchased is only going to become an increasingly divisive issue as more media makes the transition to a purely digital state. At some point, the Courts are going to have to determine if “imposes notable use restrictions” includes remotely altering content (Vernor).

At first they came for the gamers…